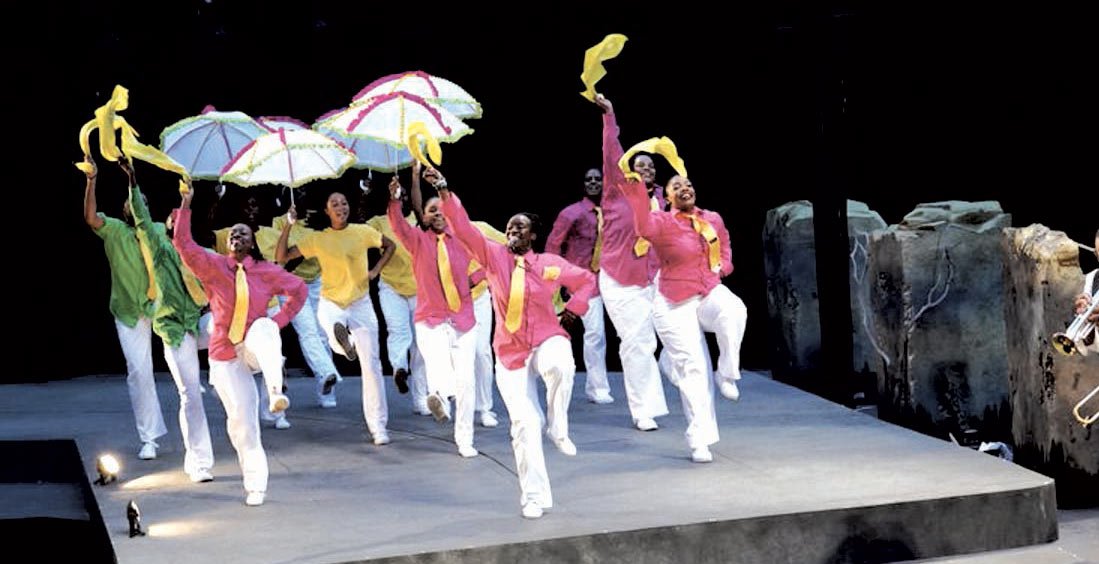 In the inaugural event of its 80th anniversary celebrations, Mills College’s Dance and Theater Studies Department is pleased to announce a second line parade on Fri., Nov. 1 at 6:30 p.m.

Admission is free, and the public is warmly invited to join students and faculty in procession. No previous dance experience is required to participate. To register, visit Eventbrite.com.

The parade will begin at the College’s entrance gates, and proceed to Lisser Hall. A demonstration in basic second-line footwork will follow inside Lisser Hall’s Holland Theater.

Since 1939, Mills College’s Dance and Theater Studies Department has welcomed generations of women to its campus in the Oakland hills. Over the next year the department will honor the achievements of its alumnae, including scores of renowned Black artists and scholars, women who have helped to disseminate African diasporic movement throughout the country while creating or documenting new hybrid vocabularies of their own.

Following the parade, at 7:00 p.m., Mills’ Dance and Theater Studies Department will sponsor a public lecture in Lisser Hall. Rachel Carrico, visiting from the University of Florida, will trace connections between Oakland and New Orleans as she explores the rich history of second line dance.

Other upcoming events in the department’s 80th anniversary celebrations include, on November 6, a screening of Meredith Monk’s 16mm film “Quarry: An Opera in Three Movements “(1977). Following the screening, Monk will take part in a conversation hosted by Sarah Cahill.

Later in the month, the department will premiere “Nuance, An Immigration Story” by Iranian artist and alumna Aisan Hoss. And November 21-23, the Mills Repertory Dance Company will premiere a new work by Distinguished Visiting Professor of Dance Robert Moses. Then, in early 2020, the department will present an exhibit about the life of dancer, writer, educator and civil rights activist Ruth Beckford.

“Footwork! Following New Orleans Second Line Parade “ is presented in memory of dancer and Mills College alumna Thea Faust Anderson, 1992-2016, and sponsored by Thea Project funders and an anonymous donor. The Thea Project brings together many aspects of Anderson’s life: dance, service and an abiding love for all kinds of people. Anderson followed her sister Madeleine to Mills College, where she explored creative writing, ceramics, bookbinding, literature and feminist studies. She graduated with a B.A. in Dance in 2014.

The Mills College Dance and Theater Studies Department is one of the oldest continuously operating dance departments in the United States. Offering BA, MA, and MFA degrees in dance, the program is designed to help dance artists hone their skills in performance and choreography.